Transportation continues to be a major question mark

In December 2018, Congress passed the Farm Bill, which, among other changes, legalized the industrial production and sale of hemp, creating new issues with transportation and possession.

Hemp is classified as a variety of cannabis that contains 0.3% or less THC content. Marijuana, a federally illegal Schedule I drug, is a cannabis variety that contains more than 0.3% THC. The practical difference is that hemp is a one-stop-shop for all the basic necessities of human life: food, clothing, shelter and tools.

Historically, hemp fiber was woven into sails, ropes and clothing, but today, modern technology allows us to do much more with this versatile crop. We can extract oil for cosmetics, grind the seeds for nutritional value in liquids or powder and even use it to reinforce building materials or process it into plastic.

Cannabidiol (CBD), which has been found to reduce anxiety, help treat movement disorders and ease pain, is now infused into topical creams, oils, beauty products and edibles. It is derived from both marijuana and hemp, but there is no way to tell which of the two it came from; the chemical signature is the same regardless of origin. Plus, because every state has different regulations on the extract, the CBD industry in many states is not reaching its potential for churning out new and creative products.

Despite its enormous potential, growth of the hemp industry is stymied by two main issues. First, there are still states that refuse to legalize the crop, leading to frustrating battles with producers that farm in and through those states. Second, confusion and misinformation about the differences between marijuana and hemp cause turmoil for law enforcement in every state. How are the players in a major industry expected to successfully navigate these disparities in the law, especially when much of the business runs across state lines?

If the police stop a vehicle transporting hemp in a state that has legalized hemp but not marijuana, how do they decide whether the product is legal? Cannabis looks and smells the same (even to K-9 noses), regardless of its THC content. Are police officers allowed to seize the product and its proceeds just because they have no means of measuring the concentration of THC? There is no nationally recognized testing method, especially at a traffic stop on the side of the road. What if the stop is in a state that hasn’t legalized either, but the vehicle is passing through to do business in a neighboring state?

In Idaho, a hemp load was seized by police after a traffic stop, despite the Farm Bill’s endorsement of interstate transport of hemp. The shipment remains in police holding. Further, who is brave enough to insure these drivers? Insurance companies tend not to have a penchant for risky business, so for the moment, producers in this new market must operate across state lines with a “swim at your own risk” mentality.

Also, consider Hester Burkhalter, the great-grandmother arrested in Florida for carrying CBD oil that alleviated pain from her severe arthritis. A grand jury declined to indict her, and the charges were dropped, but the root issue remains. Her vial of CBD was prescribed at home in North Carolina, but Florida police were not concerned with her doctor’s recommendation and booked her for possession, even though the state allows stores to sell the same products. A similar issue arises when a potential hire is screened for THC, as employers cannot tell whether the chemical came from marijuana or a hemp-derived CBD product. Adding to the confusion, the Food and Drug Administration has yet to approve most CBD products, aside from a handful of prescription medicines. According to the Farm Bill, the legalization of hemp does not affect the FDA regulatory process, so CBD-infused products are subject to different laws on three fronts.

Despite increasing support for cannabis and hemp products, confusion still permeates so heavily the public perception that almost nobody knows the difference between them. The Farm Bill introduced an opportunity to take control of a booming market, but the disparity between state and federal law remains a major obstacle for understanding and navigating the murky waters of new legal territory.

Anyone considering entering either the business of growing or selling hemp must first consider how they will traverse these changing and confusing legal issues in order to get their products to an eager market and avoid costly run-ins with law enforcement. Competent legal counsel should be part of the advisory team assembled and consulted before entering this exciting marketplace. 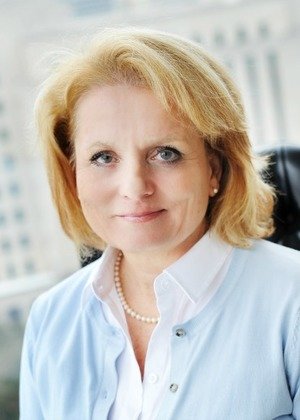 Go back to news

Foley Mansfield is pleased to announce that Clayton Dennert, Of Counsel in the firm’s St. Louis office, has been named to the 2022 Missouri & Kansas Super Lawyers Rising Stars list. Super Lawyers, part of Thomson Reuters, rates outstanding lawyers from more than 70 practice areas who have attained a […]

Foley Mansfield is pleased to announce that Clayton Dennert, Of Counsel in the firm’s St. Louis office, has been named to the 2022 Missouri & Kansas Super Lawyers Rising Stars list. Super Lawyers, part of Thomson Reuters, rates outstanding lawyers from more than 70 practice areas who have attained a […]